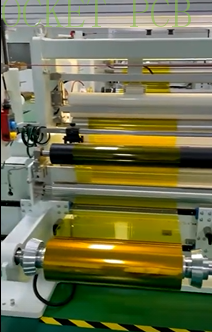 The dry film coverlay layer adopts the medium material coated with adhesive and is laminated together with the processed flexible circuit layer to realize the coverlay.

The protective film obtained by pressing and then image transfer process can well solve the problem of accurate alignment of pads, so more fine pads can be manufactured. 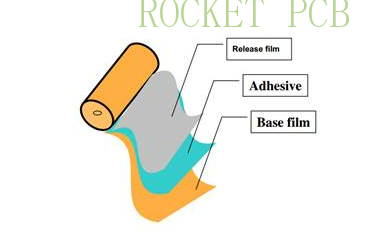 Flexible board soldermask is ink with bending resistance. Conventional FPC is produced by coverlay film, that is, PI coverlay dry film. Now many flexible circuit boards are produced by photosensitive ink or thermosetting ink, so circuit board ink is also called wet film.

Soldermask is mostly green ink, so it is called soldermask bridge or soldermask dam. Soldermask ink is an "isolation belt" made to prevent short circuits of SMD component pins in batch SMT production in the factory. In order to control FPC green bridge, it needs to be controlled during the solder masking process. 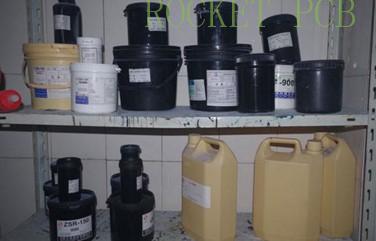 The soldermask on the circuit board generally has green, black, white, red, yellow, blue, etc.

Coverlay film, generally yellow, black and white. Compared with the coverlay film, the color of ink can be more diverse to meet the color requirements of various circuit board manufacturers. Black has good shading performance and a high reflection rate of white. White ink is commonly used in LED backlight flex boards.

What is the function of FPC solder mask?

FPC solder resist ink is used instead of the original coverlay film, and its function is the same as that of the coverlay film.

It mainly plays the following roles:

1. FPC flexible board ink is printed on the copper foil circuit on the surface of the circuit board to isolate the contact between the copper foil and the outside world and play the role of surface insulation.

2. After the circuit board is produced, it has to go through multiple processes. In order to prevent the copper foil circuit from being damaged during transportation and production, a protective layer should also be printed to protect the circuit and prevent circuit scars.

3. After the soldermask ink of circuit board is completely cured, it can well prevent conductive foreign matters from falling into the circuit and causing a short circuit.

4. FPC circuit board soldermask ink has the functions of anti plating, tin resistance and gold resistance. It can also play a good soldermask role in SMT.

Therefore, in general, FPC board soldermask ink is a layer of protective paint, which plays a protective role to a great extent.

There are three types of "Kapton" films: H-type, F-type and V-type. By 1980, there were three models and more than 20 specifications (7.5 ~ 125)μm) , width 1500mm.Through technical improvement, DuPont launched three kinds of improved Kapton films in 1984, namely HN, FN and VN. The improved polyimide film has accounted for 85% of the output of the whole imide film in the current production.

In 1983, DuPont and Japan Toray established Toyo Products Co., Ltd. in a half joint venture. DuPont provided technology and raw materials to specially produce "Kapton" PI coverlay film. It was put into operation in September 1985 with a film width of 1500mm.DuPont announced its investment in Taiwan in April 1999. In 1996, it built the first polyimide (PI coverlay) Company and became the main shareholder of the company, making Taiju a company mainly producing PI coverlay film and flexible composites in Taiwan.

In the early 1980s, Japan UBE Industry Co., Ltd. successfully developed a new type of linear polyimide, including upilexr, upilexs and upilexc series films.The PI coverlay film independently developed by UBE industries with the model of upilexr and the capacity of 1 million square meters / year (80 tons / year) was put into operation in 1983, and a model of upilexs was added in 1985. The maximum width of upilex is 1016mm. There are three models: R-type, S-type and C-type. The thickness specification is 25 ~ 125μM (type R and type C have 7 specifications respectively). Compared with Kapton, upilexs has high heat resistance, good dimensional stability and low moisture absorption.

At present, the only manufacturer in the world capable of truly industrialized production of transparent PI coverlay film meets the needs of electronic products required for high heat resistance and high transparency. The products are mainly used in soft display related products and optical components.

SKC and Kolon integrated the polyimide film business and established a joint venture in June 2008. SKC of Korea started the research and development of polyimide film in 2001, participated in the government’s Polyimide research and development project with KRICT (Korea Research Institute of Chemical Technology) in 2002, and established the first PI coverlay production line (0# test line) in 2003. In 2004, PI coverlay film 0# production line was installed, debugged and mass produced successfully, becoming the first enterprise to manufacture imine film in Korean history; in 2005, the development of in and if models (12.5 ~ 25.0) was completedμm) Establish 1# batch production line and successfully sell SKC imine film; complete is model development in 2006.

It mainly produces high functional and full-size PI coverlay films. Dasheng technology can produce 12.5 ~ 225 films in Taiwan, ChinaμM is the only manufacturer of full-size high-performance PI coverlay film, which is mainly used in semiconductor field and led and other optoelectronic industries, such as LED packaging and LED soft light strip. It is also one of the few manufacturers of black PI coverlay film.

The industry profiles of several typical PI coverlay film manufacturers in China are as follows:

It is a professional factory producing polyimide film (Bopi) with the most advanced salivary biaxial drawing process in China. It mainly produces coverlay film FP series, copper-clad film FC series, some special tape film T series and electrical film H series for flexible printed circuit boards. At present, the nominal thickness is 13μM and 25μM, with a monthly production of about 150000 square meters.

Specializing in the production of biaxially stretched polyimide film (PI coverlay film), it has the world&apos;s advanced production equipment with an annual production capacity of 200 tons. The main production specifications include: 0.0125mm, 0.025mm, 0.05mm, 0.075mm, 0.08mm and other specifications.

At present, the main products include polyimide films and F46 polyimide composite films of various specifications, among which polyimide series films with a thickness of 0.025-0.225mm have passed the UL safety certification of the United States and the SGS report of the European Union.