Modern advancement has brought us to the immense use of chips and printed circuit boards. Manufacturing Industries widely use a Soldering method when producing PCB (printed circuit board). It is one of the most critical steps in making a power circuit board mainly because soldering is used to join circuits to boards efficiently.

Without soldering, components will fall off the boards or cannot be made to stick on them.

Although there are various soldering methods today, the two main methods are Reflow Soldering and Wave Soldering.

It is necessary to pick the best soldering method that suits your production processes of a required circuit board. This is as the process can influence different aspects of PCB production like time, cost, and other significant factors.

A proper rundown of the methods and all their features is necessary to determine if a technique meets the needs of your business. Likewise, when a method fits your design requirements, it must be done correctly to avoid ineffectiveness.

Hence, drafted in this article is a breakdown of all insights on the two soldering methods. We give detailed applications of the two methods and the concise differences between them.

From here on, deciding if to pick one method over another will be much easier.

Read through this article and understand the favorable procedure for your specific business and how to maximize its usage. 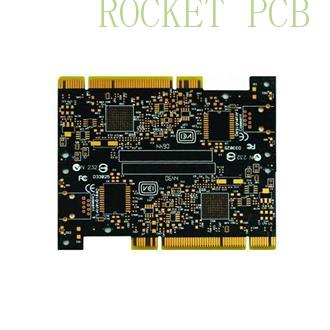 What is reflow soldering？

This is a very common method engineers prefer to use. However, this method is limited because it cannot be used for hole soldering. In Reflow soldering, permanent soldering joints are made from pre-existing temporary glues that stick the components to their pads on a circuit board.

The components are temporarily stuck to their pads with solder and flux (also solder paste) before permanently joining by melting the solder paste using hot air or thermal radiation usually produced from a soldering oven.

Initially, before the major reflow soldering commences, two critical operations are carried out.

● The solder stencil paste is used to place the flux and solder (solder paste) on the pads uniformly.

● The components are accurately laid on top of the solder paste on the pads through a pick and place mechanism.

Next, the primary process below commences after completing the two methods above.

This first step is a preparatory service for the boards before going through the soldering oven so they can readily comply.

For the quality of the solder paste to be maximized, the inconsistent solvents in it are expelled.

A specific temperature must be met to activate the flux present in the solder paste. In this stage, the temperature is raised until flux is triggered and ready to use.

This phase is where the required temperature is reached, and solder paste is melted and evenly reflowed.

The amount of temperature greatly influences the rate and quality of the reflow soldering. Engineers make sure not to input temperatures too high or too low. This is because when the temperature is too high, the boards or the Surface Mount Technology (SMT) components can be destroyed. While, in cases of shallow temperature, the solder paste is poorly reflowed.

When the maximum temperature has been reached and the solder paste melted, It begins to cool down as when allowed as the temperature decreases.

The cooling helps to fix the components firmly on the board by solidifying the solder paste.

There are basically two applications of reflow soldering. These are the Surface Mount Technology (SMT) assembly and the through-hole technology (THT) assembly. Whereas in cases of THT, the PIP (pin-in-paste) process is first implemented before reflow, and soldering comes afterward to strengthen.

It is mainly used for SMT.

What is wave soldering？

This is slightly different from reflow soldering; the components are attached to the Printed Circuit Board through a liquid medium. The liquid, also termed wave, is made from agitating of motors in a machine.

This process is done in a wave soldering machine.

There are also four methods involved in this method. They are explained below.

The solder flux is sprayed in this stage. This is the initial and necessary process as the metal surfaces need to be appropriately cleaned to improve performance. The sprayed flux does a lot in helping to protect the board from oxidation during thermal stages, removing oxides from the surface of metals, and transmission of heat.

Similarly, the PCBs undergo temperature application to a certain extent to activate the flux in the wave.

This happens in a pallet.

In this stage, the solder paste melts and turns to liquid, and then a wave is formed at the edge of the board. The parts can then be firmly placed on panels.

It is also known as a cooling zone.

Wave soldering is applicable in through-hole technology (THT) and DIP assembly. It can also be used for Surface Mount Technology (SMT) assembly.

However, most Printed Circuit Boards little to never contain components of purely SMT or purely THT or DIP assembly. Usually, it is a mixture of both. Whereas in cases of mixed systems, due to the much higher temperature involved in the reflow soldering compared to the wave soldering process, the SMT is first done before DIP and THT are done.

This is because if THT is done first, the solder paste tends to be melted again, which can cause the components to weaken and fall off.

Both types of soldering are beneficial in various ways. They will serve maximumly in their respective befitting scenarios.

Below is a direct comparison of the essential aspects of the methods.

Which One is Right for My Project?

It is impossible for any of the soldering methods not to produce some defects or flaws at some point, as this also greatly depends on human involvement and control of some factors.

Hence choosing the best method for your business should not be picking the one with more advantages.

With your specific business requirements, you can see the soldering method that will effectively suit your needs and the printed circuit board requirements you can choose.

For instance, if your business purpose requires you to make circuit boards in a rapid turnaround time with a less budget altogether, wave soldering will be the one to choose.

While in conditions where you need more design flexibility and do not want to conform to specific management, reflow soldering will serve you best.

If you want your business PCBs service broken down into more apparent forms and you require the best advice on the most suitable method that will increase your profit and minimize your loss, at Rocket PCB, we will give you concise advice that is specific for your business.

With up to 100 engineers who have mastered PCB soldering for more than ten years, we will provide you with maximum satisfaction.

Contact us now for improved services in the quickest time frame.