What is the Difference between PCB and PCBA?(2022)

What is the Difference between PCB and PCBA?(2022)

When you're starting a new electronics project, one of the first decisions you'll have to make is whether to use PCBs or PCBA.

How can you decide which one is best for you? Both have their benefits and disadvantages, so how can you choose between them?

In this FAQs guide, we'll explore the differences between PCBs and PCBA and help you decide which option is best for your project. Read on for relevant information!

What is the PCB?

A PCB, or printed circuit board, is a prototype that relies on layers of copper to form circuits.

Unlike prototype boards that use metal strips and solder connections, a prototype PCB will have a detailed list of components and connecting points pre-printed onto the surface for conductors to be soldered together.

A prototype PCB can be one significant difference between an older "additive" prototype using wire wrap or solder as its connectors and newer prototype PCBA boards, which share design features with manufactured printed circuit boards (PCBs).

Prototypes made from prototypes may offer significant savings over other methods such as etching prototype PCBs or hand wiring connections between integrated circuits because prototyping allows designers to iterate their products before they press into production rapidly. 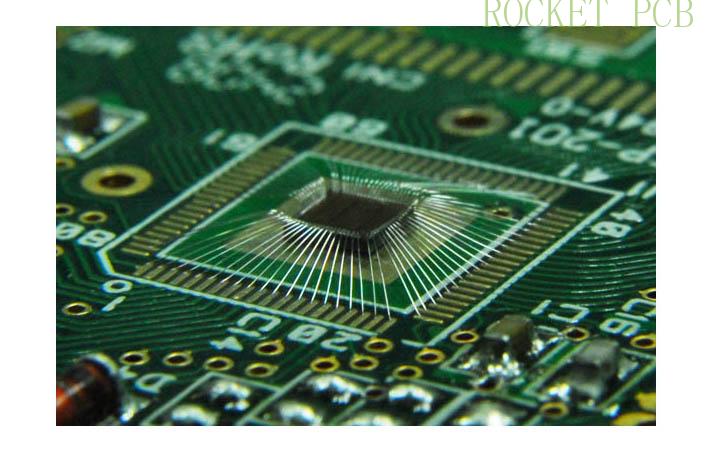 There are several different manufacturing types of PCBs:

They only have one layer of copper, which means that the conductors on this type of PCB are limited to a single side.

This makes them less complex and less expensive to produce than other PCBs.

However, they also have fewer routing options and are less reliable than other types of PCBs.

This makes them more sophisticated and overpriced to produce, allowing for more routing options and increased authenticity.

Multi-layer PCBs have multiple layers of copper, which allows for even more routing options and increased reliability.

Despite being more complicated and expensive, multilayer PCBs are suitable for prototype PCBAs.

What is the PCBA?

PCBA abbreviation is Printed Circuit Board Assembly. It is the process of soldering electronic components to a PCB.

PCBA is often used in prototype projects. It allows for more routing options and increased reliability than other methods like etching prototype PCBs or hand wiring connections between integrated circuits.

PCBA prototype projects can be costly due to the high price of prototype PCB manufacturing.

There are three different types of PCBA manufacturing:

1. Surfer Mounted technology: PCBAs are most often made using Surface Mount Technology (SMT), in which electronic integrants are mounted directly on the board.

This is the most common type of PCB assembly and is used in most consumer electronics.

2. Through-Hole Technology (THT) is a less common type of PCBA. In THT, the electronic components are mounted through holes in the PCB.

This type of PCBA is often used in older products, as it is less reliable than SMT.

Mixed Technology (MT) is a combination of SMT and THT.

In MT, some electronic components are mounted to the surface of the PCB, while others  are mounted through holes.

This type of PCBA can be used to reduce prototype costs for prototype PCBA projects that use both surface mount and through-hole components.

What is the Distinction between PCB and PCBA?

PCB and PCBA are a type of prototype that is used in prototype projects.

Printed circuit boards are known as PCBs, while PCBA stands for Printed Circuit Board Assembly.

PCBs can be an older type of prototype called "additive" prototype boards, which use metal strips and solder connections.

On the other hand, PCBA prototyping consists more of using an example from manufactured printed circuit boards (PCBs).

Older additive prototypes cost less to make than modern prototype PCBs, but they have fewer routing options and are also said to be more complex.

As a result, the PCB needs to rework components on a regular basis making it time-consuming and expensive.

Meanwhile, newer PCBA prototypes offer significant savings over other prototypes PCBs, such as etching prototype PCBs or hand wiring connections between integrated circuits because they allow for more routing options and increased reliability.

However, these types of prototype projects can be costly due to the prototype costs associated with

Which one is better?

PCBs are better than PCBA's in some cases, but both have different pros and cons, so you must weigh all your options before choosing which is best for your project.

For example, if your prototype project includes surface mount technology (SMT) and needs a prototype that is more than one layer, we suggest using prototype PCBs.

We suggest prototype PCBs because prototype PCBA often requires double-sided reflow soldering, which can burn out the microcontroller if the prototype is programmed incorrectly or not at all.

Still, the prototype PCB has more accessible routing options and does not require parts to be placed on both sides of the board.

So you must weigh all your options before choosing which is best for your project.

Why Choose Rocket PCB for Your PCBA Project?

When selecting a PCBA manufacturer, there are several factors to consider, and Rocket PCB leads the industry in those:

· Quality Control: Rocket PCB has robust quality control procedures in place. This will ensure that your products are made to the highest standards.

They have experience with various PCB technologies, such as SMT, THT, and MT. They also have advanced PCBA machines with operators having 15+ years of experience.

· Turnaround Time: Rocket PCB ensures that you receive your products in the shortest time possible (2-4 Days), and your project starts as soon as possible.

· Cost: Rocket PCB makes sure that their customers get the best product at a low price as compared to the international market.

· OEM & ODM Services: You can have the benefits of OEM & ODM services if you opt for Rocket PCB.