Which Surface Finish is Right for Your PCBs?

Which Surface Finish is Right for Your PCBs?

Lead-free PCBs (Printed Circuit Boards) were first called for just for the compliance of ROHS (Restriction Of Hazardous Substances) that requires all the electronics have to conform to ROHS regulations. As a result, PCB fabrication starts to convert from lead to lead-free.

Right now, a couple of surface finishes have been generated for the achievement of lead-free fabrication and ENIG, ImAg, ImSn and OSP are most widely applied.

Black pad is actually a defect occurring to soldering joints with ENIG applied, which results from the fact that nickel layer suffers from severe erosion. Because the broken nickel layer looks grey and black, it is called black pad.

The leading disadvantage of black pad lies in the fact that it is difficult to be eliminated. Furthermore, it can’t be inspected by naked eyes. Therefore, it adds more threat to products’ reliability. 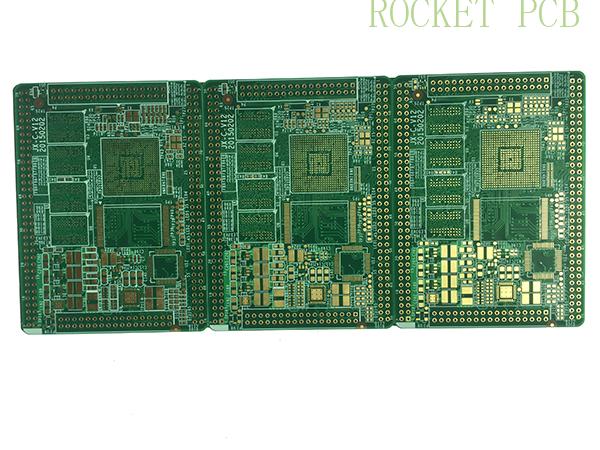 Non-wettability is the direct cause of black pad. Generally speaking, the ENIG-coating PCB suffering from black pad fails to withstand stress effect. As a result, once products go through high-low temperature cycle test, vibration test and daily plug in and out, solder joints will suffer from fraction, reducing products’ reliability.

b. Tendency to Errosion

Solder joints with ENIG applied tend to become eroded in humidity more easily because gold layer is so thin and features pinholes. Gold, however, doesn’t become eroded and it’s the nickel layer beneath gold layer suffers from erosion.

a. Non-resistant to Storage

Even in normal temperature, tin layer and copper matrix tend to be diffused to each other. Under room temperature, the diffusion speed of tin remains approximately in the range from 0.144 to 0.166nm/s and it can be stored under room temperature for 30 days. And, tin thickness will be lost by 0.23μm to be converted into IMC. After reflow soldering, its thickness will be reduced by more than 0.8μm. When it needs being stored for 180 days, soldering has to be implemented for three times. The minimum thickness of Im-Sn has to be over 1.28μm. However, that usually fails to be done and the ordinary thickness is just 1.15μm.

As temperature constantly goes up in the process of soldering, Im-Sn layer tends to change color, resulting from organic pollutants or tin dioxidation. Generally speaking, the thicker tin dioxide becomes, the deeper its color will be.

Because tin plating chemical solution arouses bad effect on most solder mask, solder mask can’t be too small. Or, it will be broken. Therefore, Im-Sn doesn’t work on fine-pitch assembly.

Tin whiskers are for Im-Sn as black pad for ENIG. Tin whiskers usually occur to Im-Sn and spacing between pads can be set to be more than 0.4mm.

Due to the attck from chemical solution, via-filled ink tends to suffer from fractions which often hide some solution that will be squeezed out during reflow soldering, badly reducing appearance and reliability.

Im-Ag is a short form of immersion silver that aims to generate a silver layer due to the effect of solution. Instead of a pure silver layer, Im-Ag contains organic substance whose mass fraction is approximately 30%.

Micro cavities whose diameter is less than 0.05mm tend to be caused on silver surface. The cavities will dramatically decrease the strength of soldering joint, which is especially obvious when PCB suffers from shock. As a result, end products may become even failed.

Creeping erosion is a leading defect as far as Im-Ag is applied as a surface finish. Because galvanic coupling is caused by the combination of exposed copper at the edge of solder mask and mass-area silver surface, electrochemical corrosion tends to be generated in humidity.

OSP is short for Organic Solderability Preservatives. OSP is actually a layer of organic film generated on clean copper surface in a chemical way. It is used to protect copper surface from being oxidized. Besides, it can resist thermal shock and wettability.

• Challenges OSP will Go Through after Soldering

Under the high temperature of reflow soldering oven, volatilization hardly takes place so that mass is lost by no less than 10%, which indicates that the smallest thickness can be used on OSP.

OSP won’t be decomposed under the temperature of 260℃. In the process, OSP is converted from solid directly to gas with no heat generated.

OSP tends to react with oxygen in the process of soldering.

As soon as OSP enters soldering oven, it’s easy for it to become rust color with its solderability deteriorated.

OSP tends to become hard to be eliminated with flux applied so that stronger flux should be used instead.

Rocket PCB Ready to Help YOU with PCB Solutions Online

Rocket PCB provides you one-stop PCB solution including PCB fabrication, PCB assembly and components sourcing. You’ll get your PCBs manufactured with top quality and bottom prices. Click the following button to start your project with a high-quality PCB.