According to the press release issued by the Ministry of Science and Technology of Taiwan, the semiconductor-related manufacturers of the three major science parks will start the binning and triage mechanism on May 17 and will adopt standards higher than those of the command center to carry out various epidemic prevention measures. At the same time, the Science Park Administration has established a single window for emergency notification of the epidemic and standard operating procedures for epidemic prevention and completed relevant epidemic prevention and preparation.

After India, Malaysia also announced the "closure of the country" after the deterioration of the epidemic, the outbreak of the epidemic in Taiwan undoubtedly makes it more difficult for Taiwan's semiconductor companies, but also to intensify the difficulties of global chip supply.

Affected by the epidemic, the major semiconductor manufacturers to actively take appropriate measures to prevent the epidemic, TSMC issued a statement that employees and suppliers, must reduce the movement of people across the plant, the meeting priority to adopt a remote connection, all employees, suppliers, and contractors, should follow the "independent team" work mode.

MediaTek also announced that the workplace in Taipei and the main place of residence for the Shuangbei area employees are working at home; Hsinchu area employees are adopted by stratification and triage measures to protect the safety of employees and belongings. Previously, MediaTek had said that since the epidemic last year, thousands of employees in 27 locations around the world have been working remotely, and the company's operations are all normal and unaffected.

HTC's Wang Xuehong issued an emergency email saying that employees must be approved by the supervisor before they can go to work, and other employees take the way of working from home.

Hon Hai Group also announced to upgrade the epidemic prevention measures for the Taiwan plant from seven measures to ten measures, including the implementation of floor stratification grid management, meetings to take video mode. In the face of the fierce epidemic, reduce personnel contact has become an important measure for the prevention and control of the epidemic, many semiconductor industry chains upstream and downstream related manufacturers announced to upgrade the epidemic prevention level, start A, B triage to work or work at home and other measures. 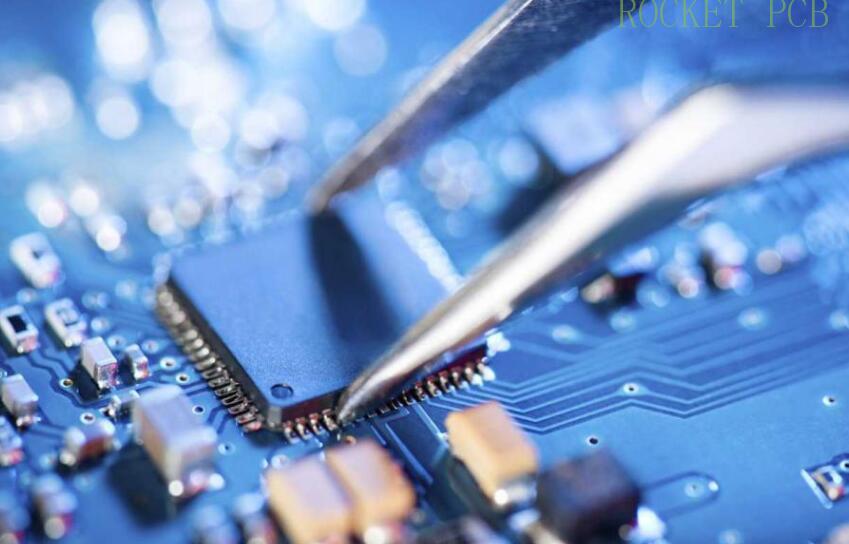 According to the Semiconductor Industry Association (SIA) and Boston Consulting Group research report, in the field of wafer manufacturing, Asia has the largest market share, in 2020, more than 70% of the world's chip manufacturing from Asia, including China and Taiwan's market share of 22%. In addition, the advanced chip manufacturing technology below 10nm is currently in the hands of Taiwan and South Korea, of which Taiwan occupies 92% of the share.

This means that more than 90% of the world's high-end chips from Taiwan, before there is no alternative, once the impact of the Taiwan epidemic on semiconductor companies intensified, the chip supply chain will also be seriously affected.

In the field of packaging and testing, Taiwan has been in the world's first market position and has a strong market competitiveness. In addition to the leading company Sunbeam, packaging testers such as SPIL, LIC, KYOCERA, NAMO, ChipMOS, and Keimao were also affected by the epidemic. In February this year, Sun and Moon had said that packaging demand was stronger than expected and a shortage was expected for a whole year. Meanwhile, industry insiders predict that the semiconductor supply shortage may last for two to three years.

Sun and Moon had said its layout of SUB-6GHz and millimeter-wave band required antenna module package cut into Apple's supply chain, while according to the Electronic Times, Apple's new iPhone models expected to be launched in the second half of this year will boost the proportion of millimeter-wave models. Under the impact of the epidemic, the project may be slightly affected. In addition, Sunrise has also entered the back-end supply chain of Huawei's Kunpeng server processor.

The production of chips mainly involves three key aspects of design, manufacturing, packaging and testing, once which link is stalled, will affect the industry chain. The level of mastery of key semiconductor technologies in Taiwan is much higher than that of mainland enterprises, and mainland China is extremely dependent on Taiwan's integrated circuits and electronic components. According to the 2020 data released by the Taiwan authorities, the IC industry is the largest export industry in Taiwan, accounting for up to 35.5% of exports in 2020, and the largest customer of Taiwan's IC exports is mainland China, accounting for up to 42.3%. Taiwan's epidemic led to a decline in chip production capacity, which will have a certain impact on the domestic instead, the pressure of the mainland semiconductor capacity pressure is also greater.

In the Indian epidemic hit hard and Malaysia "seal the country" double pressure has not eased, as the global semiconductor manufacturing center of Taiwan epidemic not only to the mainland related industry chain manufacturers to bring more capacity "burden", but also broke the global Semiconductor supply balance, the global chip market will also face a shortage of goods, price increases crisis.