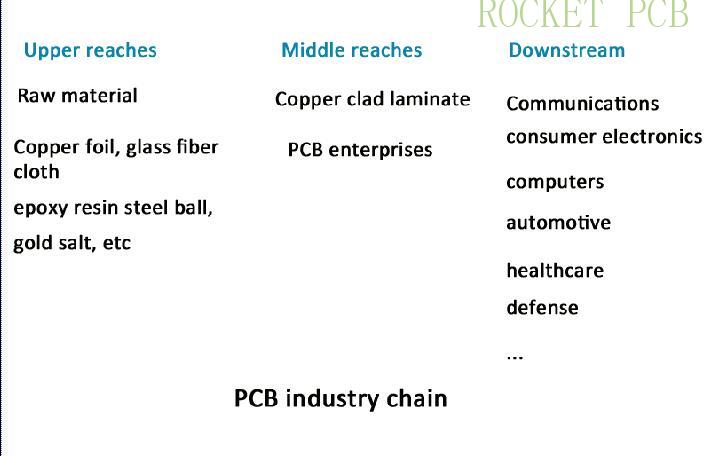 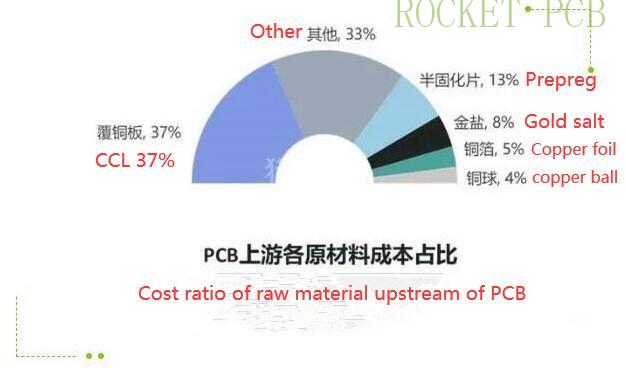 Copper clad laminate is an important raw material for PCB

Because of the largest proportion of the cost of CCL, the cost of PCB is closely related to the cost of CCL.Copper clad laminate is made of wood pulp paper or glass fiber cloth as reinforcement material, immersed in resin solution, covered with copper foil on one or both sides, and then molded into plate shape by hot pressing. 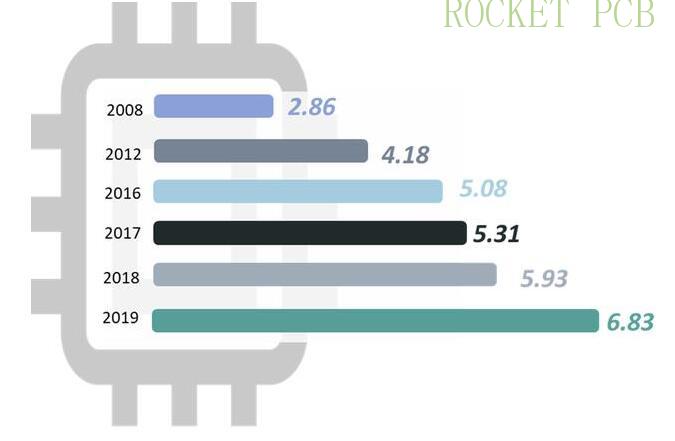 The copper clad laminate industry has a high concentration and a relatively large scale of enterprises. The global copper clad laminate industry has formed a relatively centralized and stable pattern.The fixed assets investment scale of copper clad laminate enterprises is relatively large. Taking equipment as an example, the price of a press is more than 12 million yuan, which requires a large-scale capital investment to build a complete production line; and with the acceleration of product upgrading speed, the improvement of quality standards, the improvement of environmental protection and safety standards, the enterprises are in the production process equipment, safety and environmental protection equipment, R & D facilities and personnel reservesInvestment will also increase gradually.Secondly, the enterprises in the industry have stable downstream customers, and new customers need a longer time for certification. In general, customers will not change suppliers easily.

The top ten copper clad laminate manufacturers account for 74% of the market share; the top three companies with the largest output value are Jiantao group, Shengyi technology and South Asia plastics. The output value of the above three companies accounts for more than 37% of the total global market share. The global copper clad laminate industry has formed a relatively concentrated and stable pattern. 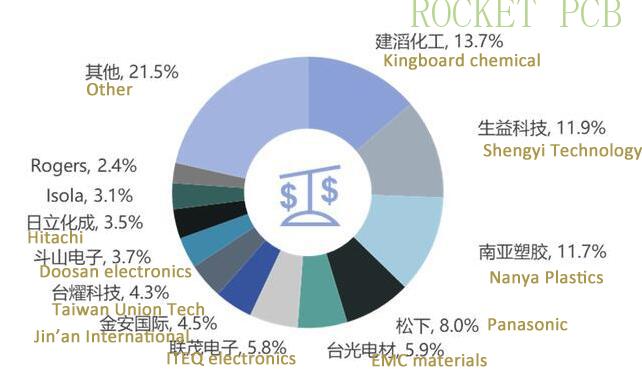 The importance of copper foil in PCB materials

Copper foil is a thin and continuous metal foil formed by mixing copper with a certain proportion of other metals, which is deposited on the substrate layer of the circuit board; as the conductive body of PCB, it plays an important role in conducting and radiating heat in PCB.Copper foil is used as the conductor of PCB for outer layer. Single or double sided PCB can not use copper foil, but only use copper clad laminate as substrate. Copper foil is only used for the production of 4-layer and above multi-layer boards. Each multilayer board only needs two pieces of copper foil. The amount of copper foil has nothing to do with the number of layers.The thickness of copper foil is usually expressed in micron. The thinner and wider the copper foil, the more difficult it is to produce.

The international copper price has been fluctuating in recent ten years. From 2016 to 2017, affected by the policy and the relationship between supply and demand, the copper price experienced a low and high price.In 2017, the domestic electrolytic copper price showed a trend of first falling and then rising, reaching the highest point in November.As of October 9, 2020, the average price of electrolytic copper in China is 51565 yuan per ton.

Domestic electronic copper foil sub industry has a layout, and the industry structure is expected to be further optimized

In 2009, the domestic supply of standard copper foil for CCL and PCB exceeded the demand, of which the demand was 300000 tons and the production capacity was 346500 tons.In the same year, the domestic lithium battery copper foil used for battery lamps also showed an oversupply, with a demand of 138400 tons and a production capacity of 235900 tons.We predict that in 2020, China&apos;s electronic copper foil market will continue to exceed demand, especially the lithium copper market.In the next few years, China's electronic copper foil industry will eliminate enterprises with low production level and serious homogenization products. The market competition will intensify and the industry concentration is expected to further increase.

In general, the cost of raw materials accounts for 60% of the cost of PCB, and its price fluctuation cost has a great impact on the overall development of the PCB industry. PCB raw materials are a plate that can not be ignored by enterprises in the industry.