Printed circuit boards are providers of electrical connections for electronic components. PCB is used in almost all electronic devices, so it is called "the mother of the electronic industry".

Printed circuit boards (PCBs) are widely used in communication, photoelectricity, consumer electronics, automobiles, aerospace, military, industrial precision instruments, and many other fields. They are indispensable electronic components in modern electronic information products. The development level of the printed circuit board industry can reflect the development speed and technical level of the electronic industry in a country or region to a certain extent.

Copper clad laminate (CCL), as a substrate material in PCB manufacturing, plays an important role in interconnection, conduction, insulation, and support of PCB, and has a great impact on signal transmission speed, energy loss, and characteristic impedance in the circuit. Therefore, the performance, quality, processability, manufacturing level, manufacturing cost, and long-term reliability and stability of printed circuit boards depend to a large extent on the copper-clad laminates.

At the same time, the copper-clad laminate has the strongest bargaining power in the upstream and downstream industrial chain structure. It not only has a strong voice in the purchase of raw materials such as fiberglass cloth and copper foil but also transfers the pressure of rising costs to downstream PCB manufacturers. 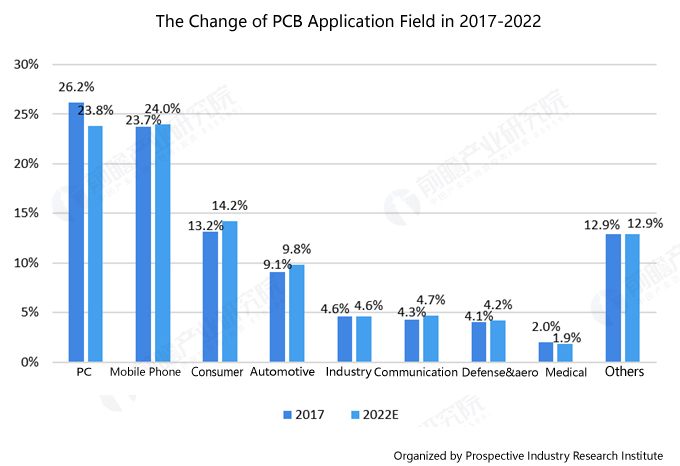 The global PCB industry is growing slowly, and the industry continues to shift to China 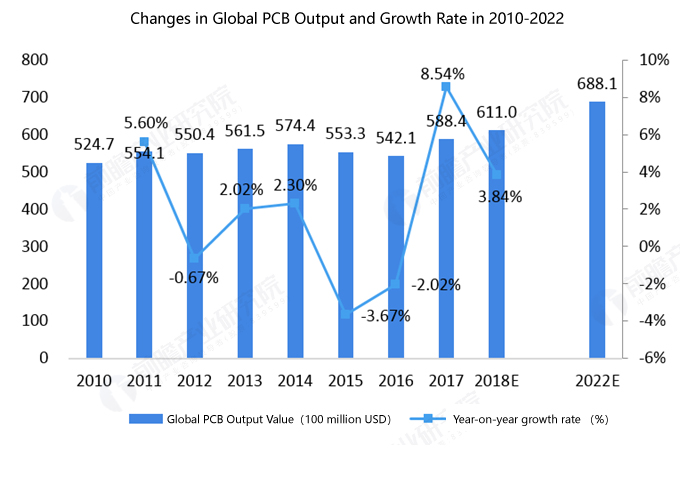 With the transfer of the global electronic information industry from developed countries to emerging economies and emerging countries, Asia, especially China, has gradually become the most important production base of electronic information products in the world. Before 2000, more than 70% of global PCB output value was distributed in the Americas (mainly North America), Europe, and Japan. Since the 21st century, the focus of the PCB industry has been shifting to Asia. At present, the output value of PCB in Asia has approached 90% of the world's total.

In recent years, the global economy is in a period of deep adjustment, and the leading role of major economies such as Europe, the United States, and Japan in world economic growth has been significantly weakened, while the degree of integration of China's global economy has been increasing, gradually occupying half of the global PCB market. As the largest producer of the PCB industry in the world, China's share of the global PCB industry's total output has increased from 31.18% in 2008 to 50.53% in 2017. The share of output in America, Europe, and Japan has declined sharply.

China's PCB industry is too decentralized to limit the development of the industry, environmental protection policies will help upgrade the industry. At present, there are more than 2800 PCB enterprises in the world, while there are about 1500 in the mainland of China. They are mainly distributed in areas with a high concentration of electronic industry, large demand for basic components, and good transportation and water and electricity conditions, such as the Pearl River Delta, the Yangtze River Delta, and the Bohai Rim. The concentration of the PCB industry in China is too low, which severely limits the upgrading and development of the domestic PCB industry.

The emission restriction policy reduces the living space of small factories and speeds up the elimination of backward production capacity within the industry, with an average of 5% of small factories cleared every year. Excluding low-quality capacity, market supply and demand will be more stable.

Large-scale PCB enterprises have established a sound plant pollution management system and equipment system. At the same time, only through continuous technological transformation and product upgrading can enterprises offset the cost of environmental protection investment. In the long run, the tightening of the policy will eliminate a large number of low-end products, backward technology production enterprises, to help improve the concentration of the industry. So that leading enterprises with advanced production technology to further bigger and stronger, thereby enhancing China's PCB industry in the global position.

PCB demand for communication equipment is mainly high multi-layer board (8-16 layer board accounts for about 35.18%), and has 8.95% package substrate demand.

The application requirements of the PCB board in communication network construction are mainly in the four areas of wireless network, transmission network, data communication, and fixed network broadband. In the initial stage of 5G construction, the incremental demand for PCB is directly reflected in the wireless network and transmission network, and the demand for PCB backplane, high-frequency board, and high-speed multi-layer board is larger.

By the middle and later stages of 5G construction, with the rapid penetration of 5G high-bandwidth business applications, such as mobile high-definition video, vehicle networking, AR/VR, and other business applications, the data processing and exchange capacity of data centers will also have a greater impact. It is expected that after 2020, domestic data centers will be driven from 10G, 40G to 100G, 400G Super Large Data Center Upgrade, then the demand for high-speed multi-layer board in the data communication field will grow rapidly. 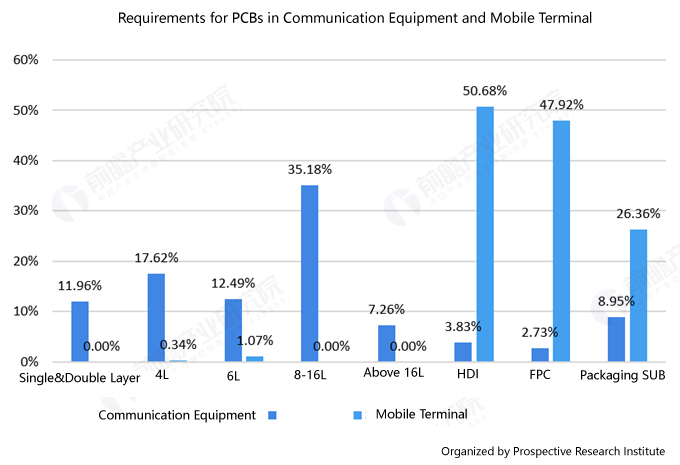 The arrival of 5G will have a tremendous impact on the telecommunication PCB industry. To sum up, on the one hand, the growth of "quantity" and on the other hand, the increase of technical difficulty will lead to the rise of "price". 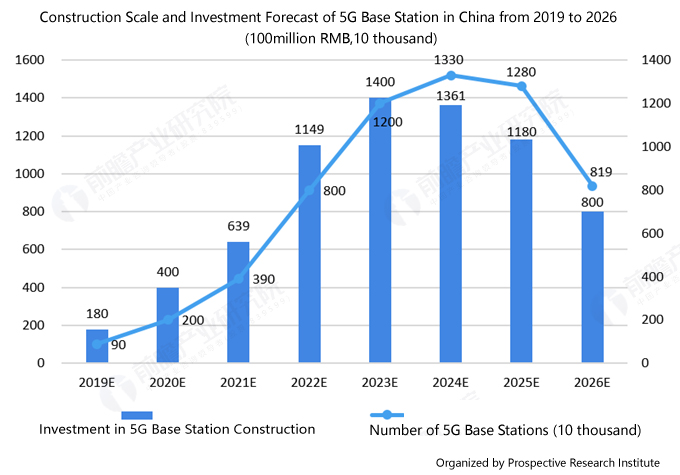 802.11ad high-speed WIFI has gradually become the new market demand. Under this premise, the upgrading demand for underlying electronic components such as PCB, FPC has also changed. The evolution of new processes and new materials

has become a future-defining trend for the electronics industry.

As the front-end receiving device of the base station, antenna, and radiofrequency require very low dielectric transmission loss and high thermal conductivity. More high-frequency CCL is needed. The number of high-frequency PCB boards used in

different frequency bands is different, and the unit value is about 1.5-2 times higher than that of FR-4 material used in 4G applications.

According to the general plan of the Ministry of Industry and Information Technology, China's 5G network will start construction in the second half of 2019 and be put into commercial use in 2020. At present, the world has entered the 5G development stage. The market demand for high-speed, high-frequency, high-density, large-capacity PCB as the core components is growing rapidly. The core customers in the field of communications have clearly put forward the hope that the company's PCB products can synchronize with downstream technologies or even advance the development and rapidly enter the stage of industrialization.

We have reason to believe that the PCB industry will soon shine in the global 5G network peak.