Electromagnetic compatibility (EMC) is an important indicator to ensure the reliability and safety and stability of information system equipment, and is also a key technical issue that must be solved in the process of equipment development. Its performance is one of the various safety certifications that must be obtained for electronic and electrical products in major countries and regions around the world. According to IEC/CISPR international standards, EMC design mainly refers to the suppression and protection of electromagnetic interference (EMI).

The printed circuit board (PCB) is the platform on which the system circuit works, and its stability determines the characteristics and stability of the circuit work. Currently, with the consumer electronics, industrial electronics design thinking of high-speed, high integration development, according to the international semiconductor technology development blueprint predicts that in 2022 the chip on the clock frequency will increase to 14.3GHz feature size will develop to 11.3mm, due to the increasing clock operating frequency, system speed and circuit integration, PCB internal module signal crosstalk, external electromagnetic signal interference Become a constraint that affects the stability and reliability of the system.

Among the causes of electromagnetic interference is mainly divided into two categories.

(2) Due to the wiring process, the PCB board has overholes, right-angle bends, bonding lines, etc. These discontinuous structures lead to signal crosstalk, reflection, or the introduction of noise.

By introducing EMC design in the PCB design period, the system can be modeled and analyzed by software simulation to find the source of EMI, visualize the simulation results, and do the relevant EMC processing to reduce the system EMI. The earlier the EMC design is introduced, the lower the cost will be. 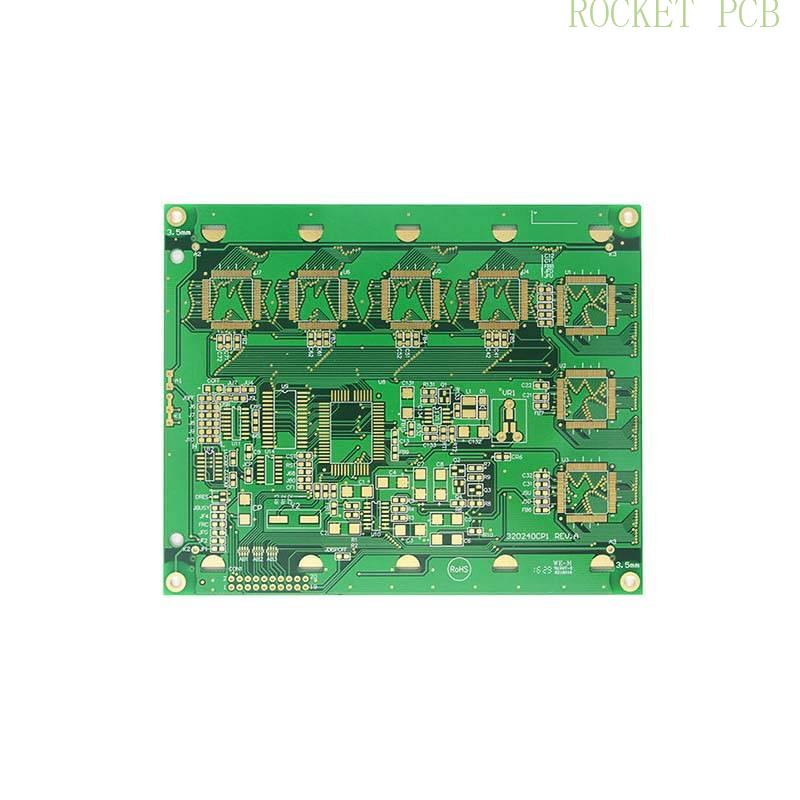 (1) According to the system function and signal layout position, IOT communication module and clock module are high-speed devices, should be laid out separately to prevent interference between modules; shielding magnetic components, CPU clock and sensitive devices to maintain a certain distance.

(4) Ground part of the optimization program: decoupling capacitors are added between the ground and power lines) to suppress the radiation current generated on the power lines.

(1) When wiring, the upper and lower signal line layers are perpendicular to each other as much as possible to avoid the parasitic capacitance caused by parallel lines.

(3) power line optimization program: according to the power supply voltage provided by the different line width design has some differences, and make the signal direction consistent with its alignment direction, to improve the noise immunity.

(4) Ground line optimization program: ground line using a larger line width to improve the current carrying capacity and reduce parasitic inductance. Cut the ground loop, set up a tic-tac structure, and connect it with filter holes to reduce the antenna effect of the loop.

(1) Punching holes near the decoupling capacitor and connecting it to the power and ground layers of the PCB board (as shown in Figure 1) can effectively reduce the system parasitic inductance.

The clock crystal is placed as close to the microprocessor as possible.

A better performance FR-4 board is used, which has a loss angle of only 0.02 at UHF.

By optimizing the PCB layout and wiring and increasing the decoupling capacitor, it has certain reference and significance for PCB design rationality and board-level signal integrity.