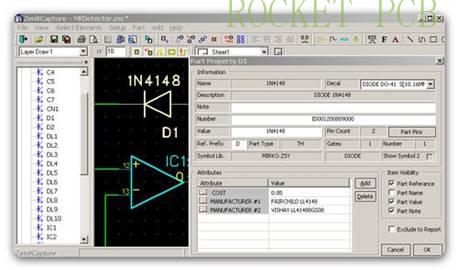 The first one on our list is zentipcb platform from Mirko Bruno Sortini, which provides a series of free software to help users design their own PCB. ZentiCapture allows users to quickly and easily design schematic diagrams using a simple toolset, which allows users to place components (component symbols) through orthogonal locking and pin capture. Once the schematic (in the form of diagrams) is complete, they can be ported to ZentiPCB.

ZentiPCB is a CAD based program that allows users to import netlist files and visualize their diagrams. The layout editor provides the function of importing components directly from the library by using cursors, and supports single-sided and double-sided boards according to different requirements. 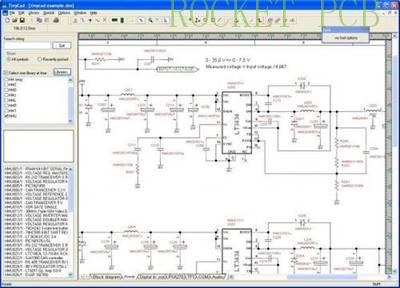 From users of CAD_Lucas and mattpyne. Don't underestimate the software because of its name. This software provides all functions of PCB design and wiring design. The software contains 42 libraries with 755 symbols, including digital logic gate circuits, electromechanical components and even microcontrollers. Moreover, each component can be edited, and users can even add their own component symbols. Tinycad supports a variety of netlist formats (Eagle SCR, pads-pcb, XML, etc. ) and can also generate spice netlist.

Those who don’t want unnecessary functions and only need the most basic functions can try suigyodo’s bsch3v schematic capture package (where bsch represents the basic schematic schematic schematic). The PCB editor allows users to design single-layer, double-layer, or even four-layer PCB, with a design area of 30mm2. It also has a component library, a component list generator and a netlist generator. Users can also use two other software to enhance the functions of BSch3V, including SmdICpad (used to obtain QFP, PLCC, SOP data) and polygon (copper storage area).

The designer of PCWeb is one of the most functional editors on the network, and it can also be used for free. The software has an impressive lineup of tools, including schematic capture (placement of components, wiring / networking, annotation, etc. ), PCB (placement of components, wiring, design rule checking, etc. ) and parts Editor (create / define components, add symbols, etc. ), in addition, it also includes the BOM function.  The BOM manager integrates Digi-Key, which allows users to assign a number to each individual component on its PCB.  The number will be displayed through the BOM to facilitate purchasing. This software is conducive to efficient production.

Fritzing platform is not just a simple PCB editor, but its purpose is to create their own design for makers and hackers. The purpose of its design is to enable users to realize their own design based on Arduino microcontroller and create PCB wiring that can be used for production. Once the user has designed an actual circuit on the breadboard, it can then be transferred to the editor, which contains three different project perspectives. The breadboard perspective allows users to drag and place virtual electronic components on the virtual breadboard. Schematic view is the formal expression of schematic diagram, which is the corresponding circuit on virtual bread board, but users can also edit it according to their needs. Finally, the PCB perspective allows users to place components on a virtual printed circuit board, which can then be used for production. 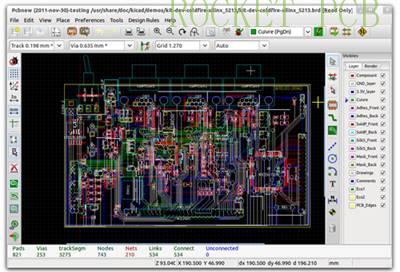 One of the most popular free PCB editors on the Internet is KICAD, an EDA tool similar to fritzing. This software provides the function of virtual environment at every stage of the design process. The components include Eeschema (schematic editor), Pcbnew (printed circuit board editor), Gerbview (Gerber file viewer) and Cvpcb (for component associated path selector). In addition, there is a built-in BOM manager, which allows users to mark the BOM and calculate the cost conveniently. 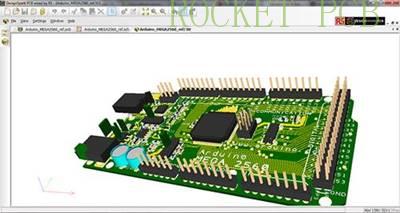 The PCB platform of designspark is another widely used PCB editing tool for EDA applications. Similar to the two tools mentioned above, designspark PCB provides schematic editing function, while PCB wizard is used to improve schematic diagram, and Autorouter can complete automatic wiring between components. However, the software does have some points to pay attention to.  For example, this software is very resource intensive.  If the project does not exist on the same computer, problems may occur.  In addition, some functions must be unlocked after the user has registered, and the worst thing is that the software will display advertisements. 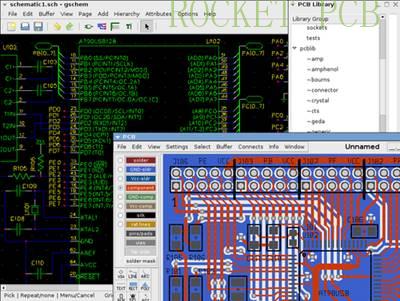 Although in fact most PCB software runs on Windows based computers, there are also some designed for Linux users, including Ales Hvezda’ s Geda project, which provides a collaborative open source EDA tool. The collaborative part refers to the continuous efforts of collaborative developers to develop and update the Geda toolkit, including the schematic capture and netlist platform circuit design, PCB layout design and optimization, and Icarus Verilog (a hardware description language for analog electronic systems). In addition, it includes ngspice / ngucap SPICE / analog simulator, gerbv Gerber viewer and GTKwave digital waveform viewer. 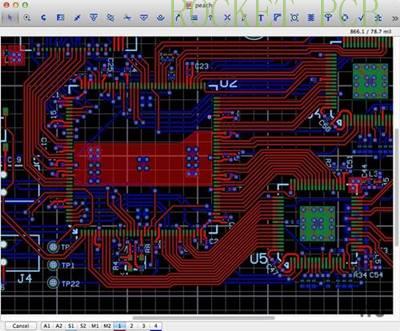 A Mac oriented PCB editor comes from Osmand PCB, which allows users to do almost any size, any shape of PCB design, and can do as many layers as you want. The software can design wiring with spatial resolution as low as 10 nanometers and at any angle, and supports English and metric units. Osmand also allows users to move and reposition components, connect / route / modify paths, and use the libraries it contains to design PCB labels. The software also supports Lua script support, which can generate Gerber (rs-274x) files and Excellon demo files. This is a luxury for a free software.