Single Sided PCB contain only one layer of conductive material and are best suited for low density designs. Single sided PCB’S have been around since the late 1950s and still dominate the world market in sheer piece volume.  Single-sided printed circuit boards are easily designed and quickly manufactured. They serve as the most cost effective platform in the industry.

How Are Single Sided PCBs Made?

One thin layer of thermally conductive but electrically insulating dielectric is laminated with copper. Soldermask is usually applied on top of the copper. 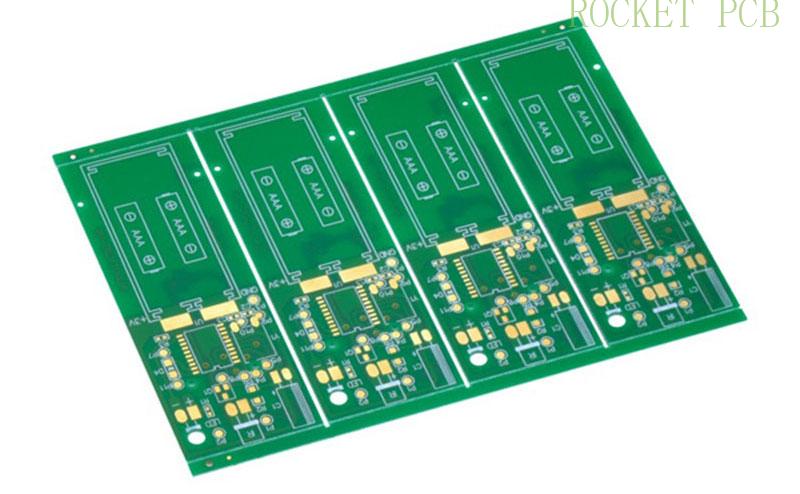 Popular, common, and easily understood by most PCB manufacturers

ALTHOUGH SINGLE SIDED PCBS ARE RELATIVELY SIMPLE, THEY CAN STILL BE USED IN VERY COMPLEX DEVICES:

At Rocket PCB,we've been using A-class FR4 materials,  never scrimp,  our technique is small profits but quick turnover, so within the premise of quality assurance, our PCB cost is extremely competitive.

Single sided pcb  from Rocket is very common in both PCB production and PCB prototype circuits allowing a higher density between components and it makes the layering of tracks an easier process. Compared to the multilayer PCB, single sided pcb do not need laminating but need plating in order to realize the function of vias. If you are looking for custom pcb board, Rocket is capable and will give you full countenance in the format of one-stop PCB solution.