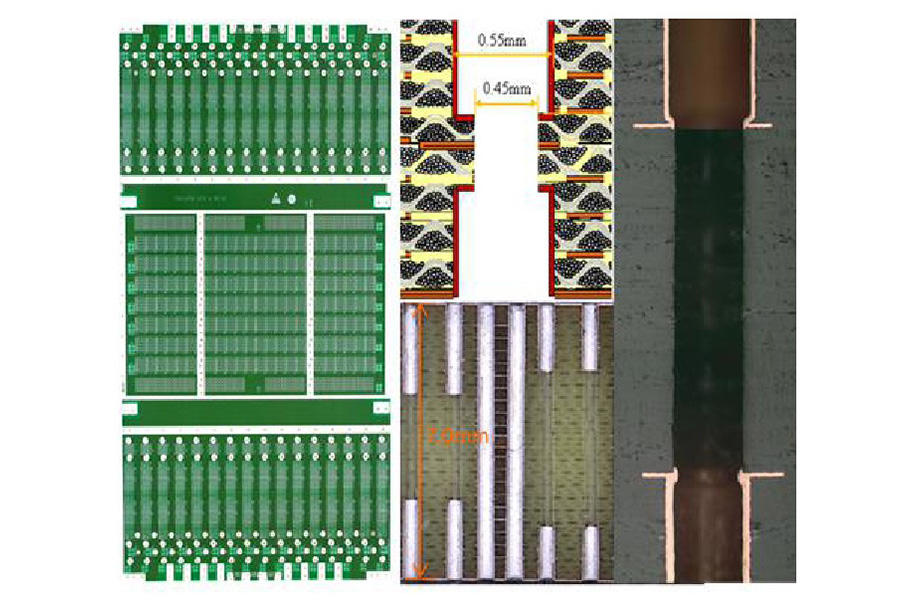 Prev Next
Dual-drill printed circuit board

The dual-drilling, also known as forward and reverse drilling pcb, is a two-sided step-by-step drilling method. The first drilling is depth-controlled drilling, and the second drilling is through-hole drilling. Because the same through hole is completed by two drilling holes, it needs two drilling locations, so the design requirements of drilling locations are very high! Usually, because the location design is unreasostepable or the size design of the two drilling tools is unreasonable, there will be a "step hole" defect, which will have a fatal impact on the press-fit device in PCB assembly.

The number of PCB backplane row jacks is very large, It takes twice drills to complete the through hole processing

The design of dual-drilling positioning hole

Conventional drilling positioning holes are generally designed as three, but for dual-drill, need to change the orientation of drilling, the alignment of two drilling holes is very high. In the initial stage of this kind of board processing, in order to facilitate operation and reduce the error caused by the switching of the front and back drills, we designed four positioning holes for positioning. The advantages of the design of the positioning hole are that after the first depth control drilling, the pin hole need not be drilled again, only need to reload the board in reverse, which can eliminate the errors caused by the two positioning pins. However, the processing results show that there are still "step holes" in the four-hole positioning processing.

It is customary for us to drill the hole with the component side up and then drill the hole with the solder side up. Later, it was found that once the bad step hole appeared in the processing, it would make the pressing joint not firm and lead to bad electrical contact. Because the slots are inserted from the component surface, if the "step hole" is produced, the upper half of the PIN needle can not be well fixed.

In order to prevent the occurrence of "step holes" from affecting the press-fit device, the correct processing sequence for drilling technology should be as follows: first, the solder side is controll depth drilling upward, and then drilling through hole with component side up.